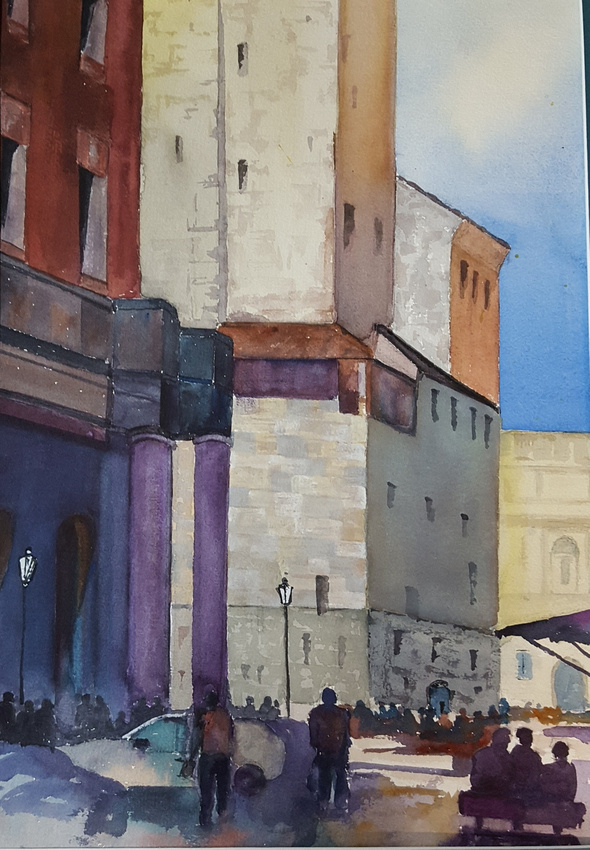 Welcome !
Painting watercolors has become an important part of my life since I retired in 2008 after 37+ years of working as a R&D scientist in the electronics field.  After 32 years living in the San Francisco Bay Area my wife and I moved to Huntington Beach CA in May 2015. My painting approach focuses on landscapes, seascapes and cityscapes. The beauty I see in the watercolor medium comes from its transparency and so I strive for that. In addition to my original paintings, I have included separate portfolios where I have used other artist’s books and paintings as references thus allowing me to imitate their approach and techniques. This approach has been very enjoyable and productive, albeit quite difficult. Each portfolios and paintings has an acknowledgement of the artist.  This process has enabled me focus on learning techniques that other artists have developed.  It also always reminds me that the true creativity in painting  lies in drawing and constructing one's own vision that represents what you see in a landscape or seascape or portrait.  So my reproductions of other artists paintings start with their creative visions, then I paint what I see in their work.